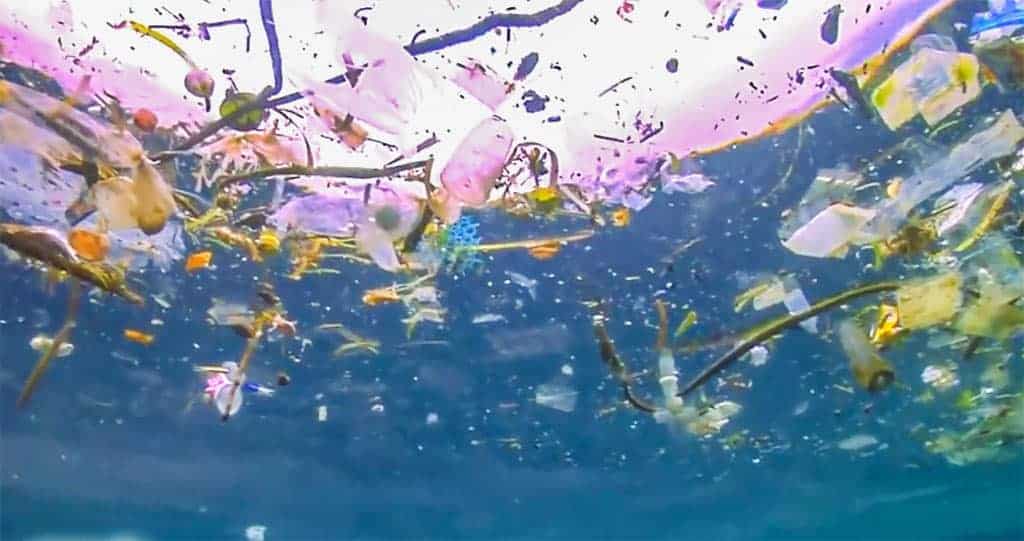 “The People’s Republic of China (PRC) is the world’s largest emitter of greenhouse gases; the largest source of marine debris; the worst perpetrators of illegal, unreported, and unregulated (IUU) fishing; and the world’s largest consumer of trafficked wildlife and timber products. While the Chinese people have suffered the worst environmental impacts of its actions, Beijing also threatens the global economy and global health by unsustainably exploiting natural resources and exporting its willful disregard for the environment through its One Belt One Road initiative. Tragically, the Chinese Communist Party (CCP) represses civil society and a free press, slowing changes that would benefit its citizens and people all over the world.”

China dumps millions of tons of plastic waste into the oceans every year. It pumps more mercury into the atmosphere than any other nation on earth. It does not simply lead the world in greenhouse gas emissions; its emissions are rising. It produces twice the CO2 emissions of the United States and one-third of all such emissions for the planet.

Ninety percent of all ocean plastic is carried by only 10 rivers. Eight of those are in Asia. The Yangtze in China is by far the worst. Three hundred and thirty-three metric tons of plastic wash out of the Yangtze alone every year. In fact, China is responsible for almost thirty percent of all the plastic ending up in our oceans and contributes the lion’s share of the refuse in the Great Pacific Garbage Patch, a tangle of plastic twice the size of Texas floating in the middle of the Pacific Ocean.

China is, in short, an environmental toxic waste dump. It has sacrificed the health of its citizens and that of those living in neighboring countries for breakneck economic growth and an expansion in its military power. Before anybody comes talking to a nation like the United States, whose own CO2 emissions have plummeted in recent years with the expanded use of natural gas, they ought to be reading the riot act to Xi Jinping and his cronies in the CCP.

Don’t hold your breath. China Joe is President-Elect, and he is assembling Xi’s dream team of senior advisors.

Gina McCarthy is Biden’s choice to be “Climate Czar.” McCarthy was Obama’s EPA chief. Most recently she has served as the CEO of the Natural Resources Defense Council (NRDC). Under McCarthy’s leadership, the NRDC filed over 100 lawsuits against the Trump administration, at one point bragging that it was filing a new lawsuit roughly every ten days.

Throughout, however, it maintained a close working relationship with China and the CCP. In 2018, in fact, Barbara Finamore, the NDRC’s strategic director, released a book entitled “Will China Save the Planet?” praising the Chinese Communists for leading a “global clean energy revolution” and urging Western nations to follow Beijing’s example of “leadership.”

The NDRC has slavishly towed the CCP line for many years. Its connections to Beijing and the Chinese Communists have been so manifest, in fact, that in September of this year, Representative Liz Cheney, R-Wyoming sent a letter to Attorney-General Barr asking the Department of Justice to investigate “potential Chinese and Russian efforts to influence U.S. environmental and energy policy, including efforts targeting U.S. environmental non-governmental organizations.”

“The NRDC maintains a presence in China and has long worked with [Chinese Communist Party] officials. Meanwhile, the group touts the dozens of lawsuits that it has launched against the Trump Administration,” Cheney wrote. She also noted that the NRDC has “sued the U.S. Navy in an effort to stop critical exercises in the Pacific but has shied away from criticizing China’s damaging militarization of coral reefs in the South China Sea.”

“This behavior — combined with the NRDC’s history of working with the CCP and its presence in China — makes it a high-value target,” she wrote.

In 2018, the House Natural Resources Committee chairman, Rep. Rob Bishop, R-Utah, and the Subcommittee on Oversight and Investigations chairman, Rep. Bruce Westerman, R-Aransas, also raised concerns about NRDC’s work with China, suggesting that it was “at risk” of being “coerced” and might even need to register as a foreign agent. At the time Republican lawmakers sent a letter to then-NRDC President Rhea Suh seeking “clarification” on the group’s advocacy work.

“The committee is concerned about the NRDC’s role in aiding China’s perception management efforts with respect to pollution control and its international standing on environmental issues in ways that may be detrimental to the United States,” the Republicans wrote.

When she heard of Biden’s choice of McCarty to be “Climate Czar” Representative Cheney had this to say. “Instead of working to hold China accountable, Joe Biden appears content on inviting those who have appeased them into his Administration. Gina McCarthy, who has been named the Biden Administration ‘Climate Czar,’ led the Natural Resources Defense Council, an organization that has served as a mouthpiece for the Chinese Communist Party.” Cheney then accused the NRDC of pushing “Chinese government propaganda” and advocating “Chinese global leadership on environmental issues.”

Saving the environment is a worthy goal. Step one in that regard would be to make the Chinese Communists stop poisoning the planet. That would require a President who acts independently of Beijing and is not owned by the CCP. Trump fits that bill. Joe Biden, the real life Manchurian candidate, does not. Piece by piece he is assembling a team whose primary goal is to serve the Chinese Communist Party, not the American people. When McCarthy takes her position, the world may lose, but the CCP will win.