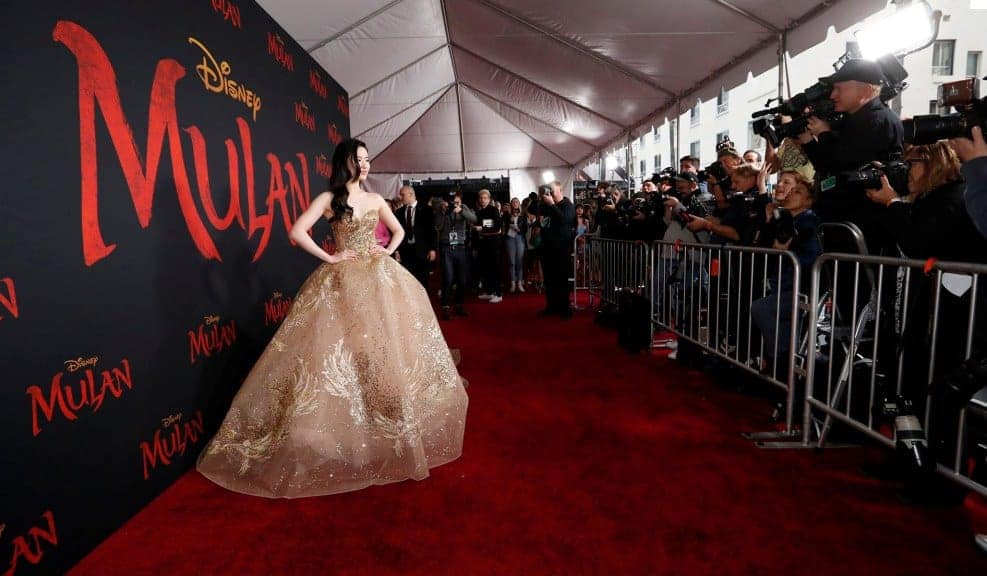 2020 will go down in history as the year that the Chinese Communist Party (CCP) unleashed a global pandemic and crashed the world economy. In a rational universe, the CCP would pay a price, but we don’t live in a rational universe. Three thousand-five hundred U.S. companies are suing the federal government to overturn tariffs on Chinese products. Chinese stock listings on Wall Street are thriving; as of October 2, 2020, the 217 Chinese companies listed on U.S. exchanges have a total market capitalization of $2.2 trillion. Twitter blocked the New York Post for reporting on Hunter Biden’s business dealings in China, but allows Chinese-government accounts to spread vicious propaganda blaming the U.S. for the pandemic. And media executives, so piously “woke” about social justice, are dead silent about Communist China’s concentration camps, where millions of men, women, and children are subject to torture, enslavement, and “reeducation.”

Since the onset of the pandemic, the mainstream media has pushed the CCP narrative that China has “done a much better job than the U.S.” containing the virus. There is scant reporting on the supply-chain disruptions and food shortages caused by months of catastrophic floods in the country, the destruction of Hong Kong’s civil society, or the Chinese regime’s appalling election to the U.N. Human Rights Council.

The Disney Corporation, which owns ABC News, exhibits no remorse for shooting parts of its $200 million blockbuster Mulan in China’s Xinjiang province, where millions of Uyghurs provide slave labor for mega-woke companies such as Nike, Adidas, and Apple. In the film’s credits, Disney even gives “special thanks” to eight units of the CCP’s Public Security Bureau, whose agents surveil, arrest, and torture Tibetans and Uyghurs, human-rights lawyers, poets, and artists, for such crimes as “counter-revolutionary thought” and “spreading rumors about the government.” When asked to answer for this by British parliamentarians, Disney said in a statement that, “There are regulations that must be followed by all foreign film production companies wanting to operate in China.” MP Iain Duncan-Smith responded that, “It seems human rights come second to the corporate policy of not upsetting China.”

The coronavirus pandemic has exposed the dangers of outsourcing U.S. manufacturing to Communist China. 90 percent of our medicines are made in China. The Asia Society, long a home for American CCP apologists, hit a new low in April with an open letter signed by numerous dignitaries such as Madeline Albright, Susan Rice, and Lawrence Summers, stating that America must “address its shortcomings” and “cooperate” with China, and that “China’s factories can make the protective gear and medicines needed to fight the virus.” As the pandemic crippled the U.S., Bill Gates disgracefully went on television to opine that the U.S. had “reacted poorly” to the virus, whereas “China did a lot of things right.”

In July 2020, Harvard’s Kennedy School issued a report, “Understanding CCP Resilience,” which whitewashed the calamity of the virus. “Chinese citizens rate the government as more capable and effective than ever before,” the report said. Harvard, Yale, and the University of Pennsylvania are under investigation for failing to report millions of dollars in “gifts” from China. Harvard alone has accepted over $1 billion from CCP donors, and in 2010 enrolled Xi Jingping’s daughter, Xi Mingxie, as a freshman, under a pseudonym. A former admissions officer at Harvard told me, “If your father is a Chinese Communist you have a better chance of getting into a top Ivy League school than an American kid whose grandfather helped build that school.”

The dissolution of the Soviet Union nullified the rationale for “special engagement” with the People’s Republic of China, but U.S. China policy did not to adjust accordingly. In 1994, President Clinton decoupled trade with China from an annual congressional review of the CCP’s human-rights record. Six years later, Clinton rewarded the regime with entry into the WTO, allowing it to expand its police state and advance its global ambitions without penalty or impediment. It is now painfully clear that those who pushed “constructive engagement” with the CCP did not desire political reform. I have spent years listening to pundits and financiers at the Asia Society and the Council on Foreign Relations extoll China’s one-party dictatorship as “more efficient than our messy democracy.” The normalization of the CCP has thus far been a great success.

Despite the efforts of corporate media to cover up the crimes of the Chinese regime, a new Pew poll reveals that eight out of ten U.S. citizens now perceive the CCP as a “dangerous force.” It is long past time for those who aided and abetted Communist China’s rise to account for their actions.