Dalio and the CCP 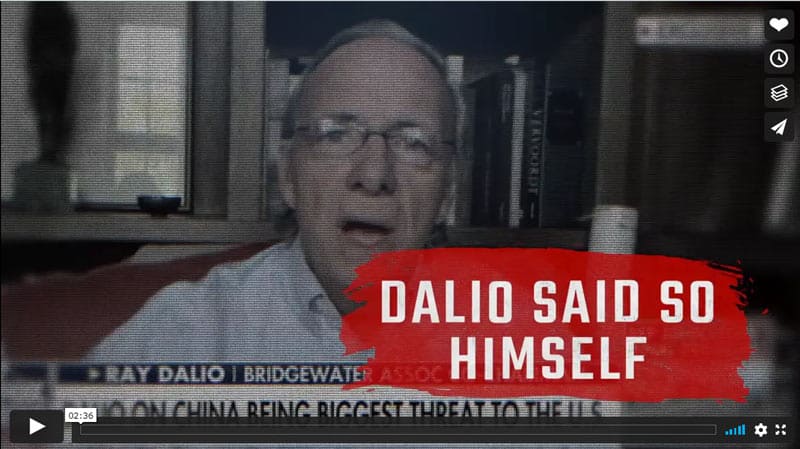 Ray Dalio is one of the richest men in the United States. Bridgewater, the company he founded, makes its money by investing other people’s money in companies owned or controlled by the Chinese Communist Party.

Bridgewater’s investments, and other Dalio business interests in China, made him filthy rich. They also help the Chinese Communist Party acquire the means to become the world’s next superpower – and, if necessary, to destroy the United States in the process.

Thanks to Wall Street financiers led by Dalio and his friend, BlackRock CEO Larry Fink, Communist China has been able to secure an estimated $3 trillion from U.S. capital markets. That windfall allowed the People’s Republic of China to build up a vast and ominous array of military capabilities.

In fact, the CCP has become so malevolent, Ray Dalio himself acknowledged the threat.

So, if Dalio believes the United States is at war with China, why does he keep investing money in the companies making the weapons to destroy us?