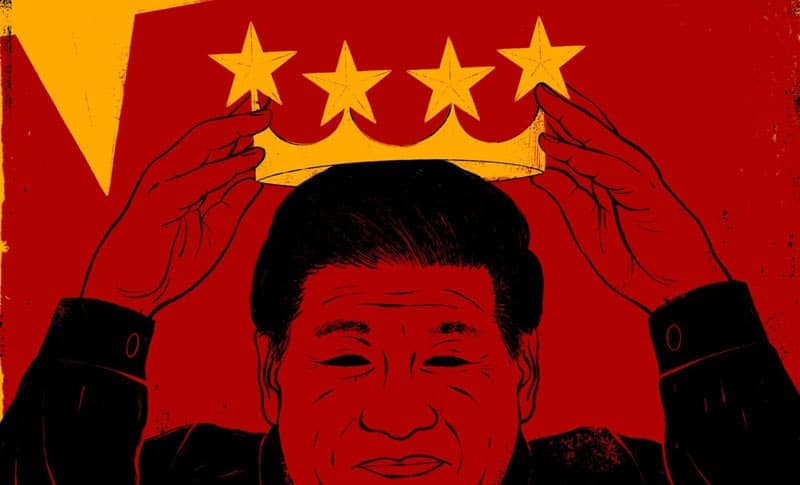 The latest revelations by Secretary Mike Pompeo’s State Department about the Wuhan Institute of Virology being associated with the Chinese Communist Party’s illegal biological weapons program offer an insight into not only the acute danger posed by the CCP, but its very nature. Unfortunately, this is but the latest proof that the Chinese Communist Party is a transnational criminal organization (TCO).

Other evidence of this reality abounds, including:

In short, in addition to the Chinese Communist Party being engaged in the “People’s War” declared against America by the Party’s house organ, People’s Daily, on May 14, 2019, which involves the use of multifaceted malevolent techniques identified in the People’s Liberation Army’s “Unrestricted Warfare” strategy, it is engaged in actual criminal conduct that breaches U.S. laws and, in some cases, amounts to monstrous crimes against humanity in violation of American norms, statutes and/or international law.

There is, consequently, something more that Donald Trump can do about this villainous regime before he leaves office. Pursuant to one of his earliest presidential directives, “Enforcing Federal Law With Respect to Transnational Criminal Organizations and Preventing International Trafficking” (Executive Order 13773, issued on February 9, 2017), he can designate the Chinese Communist Party as a TCO in furtherance of his goal of pursuing and supporting “efforts to prevent the operational success of transnational criminal organizations and subsidiary organizations within and beyond the United States, to include prosecution of ancillary criminal offenses.”

The federal government has already designated a number of other entities as transnational criminal organizations, including Hezbollah and MS-13 on October 15, 2018. Since successive administration officials have repeatedly and publicly documented the CCP’s criminal activities, the predicate for such a designation of the Chinese Communist Party has been well established.

Such a step would enable the prosecution of the CCP’s criminal activities. It would also discourage U.S. persons and entities from participating in, contributing to or otherwise enabling such activities, lest they be identified as accomplices. A popular expression of support for such an idea was conveyed to the president by hundreds of national security professionals, faith leaders and patriots on July 23, 2020. It should be executed immediately by President Trump.

Here are three considerations that compellingly support such an action in the remaining days of the Trump presidency:

President Trump has plenty of reasons for penalizing the Chinese Communist Party for what it has done – and is doing – to him personally and, more importantly, to his country. Designating the CCP as a transnational organization would be one of his most important legacies, as well as an act of fully justified retribution.

Read more at The National Pulse