Now That The FBI Has Acknowledged Chinese Spies Going After Politicians, Can We Talk About Hunter Biden’s Laptop Now? 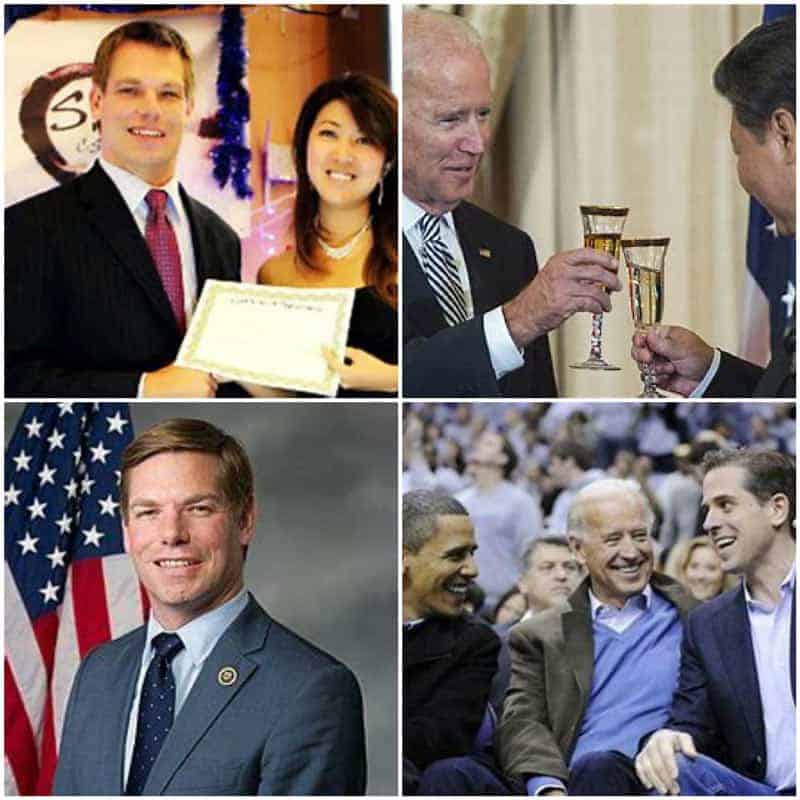 According to a recent report by Axios, a left-wing news organization, a female Chinese intelligence operative named Fang Fang, who sometimes also used the name Christine Fang, operated for years in the San Francisco Bay area cultivating American politicians on behalf of the Chinese Communist Party.

Among the many politicians she targeted was current U.S. Congressman Eric Swalwell, Democrat from California. While the full nature of Fang’s relationship with Swalwell is still not publicly known, according to Axios, Fang slept with at least two of her targets, mayors of midwestern cities.
Swalwell remains in Congress and serves on the House Intelligence Committee.

Fang left the United States in 2015 after her activities appear to have finally come to the attention of the Federal Bureau of Investigation (FBI). During her time in the United States Fang was heavily involved in assisting “up and coming” Democratic politicians in gaining and holding office. She raised money on their behalf and engaged in extensive networking in support of their efforts. The full range of Fang’s contacts is not publicly known, but according to one U.S. intelligence official this “was a big deal, because there were some really, really sensitive people that were caught up” in the intelligence network.

Fang raised money on behalf of Congressman Swalwell and with his knowledge. She also placed at least one intern in his office, presumably, as a spy to funnel information to her. Fang’s relationship with Swalwell continued over a period of years.

Swalwell is not the only member of Congress with whom Fang had a relationship. Fang worked on behalf of California Congressman Ro Khanna, who was elected to the House in 2016. In addition, documents show that Fang sponsored at least one fundraiser for Representative Tulsi Gabbard of Hawaii in 2013. Photographs also show Fang at events with several other members of Congress.

U.S. counterintelligence officials, according to Axios, believe that Fang was working on behalf of China’s Ministry of State Security (MSS), the country’s main civilian spy agency. That organization is functionally the equivalent of our Central Intelligence Agency.

The Fang case has attracted a great deal of attention, not least because Swalwell, who appears to have spent a great deal of time with Fang, was such a vocal critic of President Trump and repeatedly accused him of being a spy for Moscow. The irony of Swalwell, who could never substantiate any of his claims about Trump, being found to have been “in bed” with a Chinese spy is hard to resist. What should attract our attention, however, are the broader implications of the case.

Nothing in Fang’s story is new or unique. This is the bread and butter of how intelligence operations are conducted. You gain access to circles in which your targets circulate. You get close to them. You assess them, mapping the buttons you need to push to make someone do what you want them to do. Then you press them.

The ambitious young politician with ambitions of higher office and desperate for campaign cash gets it. The bored middle-aged man whose ego is flagging finds a female companion who makes him feel young again and strokes his ego. The target is a lock to be opened, and the intelligence officer targeting him will fashion whatever key that requires.

A thousand years when Queen Elizabeth I was clinging precariously to her throne in England and her spymaster Walsingham was fending off the intrigues of the Spanish court, the game was the same. Every competent intelligence service on the planet plays by roughly the same rules.

Nor is there anything in Fang’s story that tells us anything we did not know about Chinese interest in our government officials or its focus on co-opting them. This is not something we are just learning. The Chinese dedicate enormous resources worldwide to co-opting and recruiting members of the elite in countries of interest. Their goal in doing so is not simply to acquire intelligence. It is to turn the individuals they have targeted into what we would call agents of influence, who will then make decisions favorable to Beijing and act on behalf of the Chinese Communist Party and in its interests.

The implications of this case and the questions raised are then legion. If Fang was working from a playbook that every intelligence and counterintelligence organization has and targeting people we knew the Chinese wanted to recruit, why was she allowed to operate for so long? Why was she allowed to roam around the country, raising money, cozying up to targets, and doing damage we likely are still trying to assess?

How many more Fang’s are out there right now? This case has attracted attention, because Fang was ultimately discovered and because Axios reporters spent a full year digging into it. Everything about it and the context in which it occurred says there must be dozens of Fang’s working American targets every day.

How do we know the extent of damage done by Fang? The goal in targeting an individual for recruitment is not to continue a social relationship with them indefinitely. It is to formally recruit them, get them to accept money, and then move them into a fully clandestine relationship in which all communication occurs secretly. Did Fang break contact with Swalwell or did Fang simply pass off a fully recruited asset, now doing the bidding of Beijing, to be handled clandestinely by other operatives?

Several months ago, the story of Hunter Biden’s laptop broke. The contents of that computer revealed, not simply corruption on a massive scale, but what looks very much like the targeting of Hunter and his father, who now claims to be President-Elect, by the Chinese Communist Party and their minions in Chinese intelligence. The legacy media, all in for Joe, decided to take a pass on the story and ignore all of its implications. The possibility that we might elect a man bought and paid for by the Chinese was not of sufficient importance to cover.

Maybe it’s time for the journalists of America, those few who still exist, to revisit the Hunter Biden story. Chinese spies in the United States are a reality. The targeting of our political leaders by the Chinese is “fact,” not fiction. Do we really know all the implications of that? Do we really know how successful they have been?

Are we now ready to talk about Hunter’s laptop?