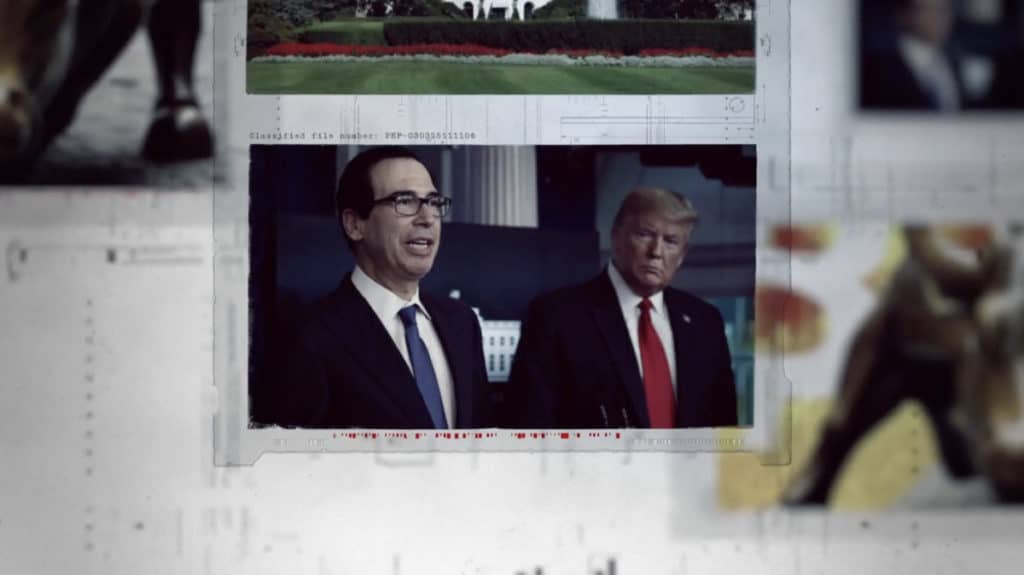 WASHINGTON, D.C.— On November 12th, President Trump issued one of the most strategically consequential Executive Orders of all time: Number 13959, entitled “Executive Order on Addressing the Threat from Securities Investments that Finance Communist Chinese Military Companies.” It closes a loophole involving emerging market indexes and the Exchange Traded Funds that “wrap” them that enabled the Chinese Communist Party (CCP) to penetrate deeply America’s capital markets and the portfolios of mostly unwitting U.S. investors.

“…Wall Street had a very profound influence over America’s domestic and foreign affairs since the 1970s. We used to heavily rely on them. [The] problem is the role of Wall Street has been declining since 2008. But most importantly, after 2016…Wall Street couldn’t control Trump….During the U.S.-China trade war, they tried to help. My friends in U.S. told me that they tried to help, but they couldn’t. Now, with Biden winning the election, the traditional elites, political elites, the establishment, they have a very close relationship with…Wall Street.”

Dr. Di went on to boast that “…We had people…inside America’s core circle of power, we had our old friends.” He described: how China’s “old friends” on Wall Street and elsewhere in “the circles of power and influence” run the United States; the hostility they share with the CCP towards Donald Trump; and the extent of the PRC’s success in corrupting those in “the core circle of power.” The professor even gloated about Joe Biden’s reported victory and intimated that China’s friends were helpful in ensuring Trump’s defeat:

“You all heard that Trump said Biden’s son has securities companies all over the world. But who helped Biden’s son build his global companies? You understand? There are indeed buy-and-sell transactions involved in here [audience applause]. So, I think at this particular time [with Biden’s victory], it is of strategic and tactical value for us to show goodwill [to Biden].”

Presumably, an example of such goodwill both to the CCP’s “old friends” on Wall Street and within the Biden family took place last week when Goldman Sachs was allowed to take full ownership of its subsidiary in China. In this way, Beijing rewarded one of its most aggressive influence operators while helping embroil still more American investors and corporations in investing in China.

The extent of the Chinese Communist Party’s penetration of and influence through the U.S. capital markets was made plain in a State Department “fact sheet” entitled, “U.S. Investors are Funding Malign Chinese Companies on Major Indices,” that was released on December 5th.  It detailed the resulting exposure of American investors’ money to serious financial, human rights and national security risks through indexes and Exchange Traded Funds (ETF) underwriting Chinese Communist Party-tied companies designated as problematic by the U.S. government. The State Department warned such investors of the likely loss of share value as such “malign” corporations will be sanctioned.

The fact sheet followed on to and broadened the pathbreaking Executive Order 13959. Notably, whereas Mr. Trump’s E.O. focused on People’s Liberation Army companies that have, incredibly, been allowed to do business in the United States – and, in many cases, in its capital markets, the State Department document addressed Chinese companies that have appeared on either or both of the Pentagon’s roster of Communist Chinese military companies and the Commerce Department Entity List.

A number of these companies and scores of their subsidiaries are either listed on U.S. exchanges or included in Emerging Market indexes and their associated ETFs. As a result, more than a hundred million Americans are likely to have their savings, 401k, private or public pension funds or other money invested in corporations that may defraud them – or simply conflict with their commitments to freedom, human rights, the environment, and our country’s defense.

Unfortunately, Professor Di is wrong on one point: China and its agents of influence on Wall Street have been highly effective at least with one top member of the Trump administration: Treasury Secretary Steven Mnuchin. A former Goldman Sachs executive, Mnuchin has repeatedly sought to advance Beijing Bankers’ agenda at the expense of American investors, the national security and President Trump’s policies.

Mnuchin’s behavior has long been dangerous and insubordinate. Now, it has become absolutely intolerable. Consequently, the Committee on the Present Danger: China has today posted a powerful DivestChina.org video calling him out for it.

With the dismissal of Attorney General William Barr this afternoon, it’s time for the next Trump Termination Tweet to be sent to China’s old friend, Steve Mnuchin.