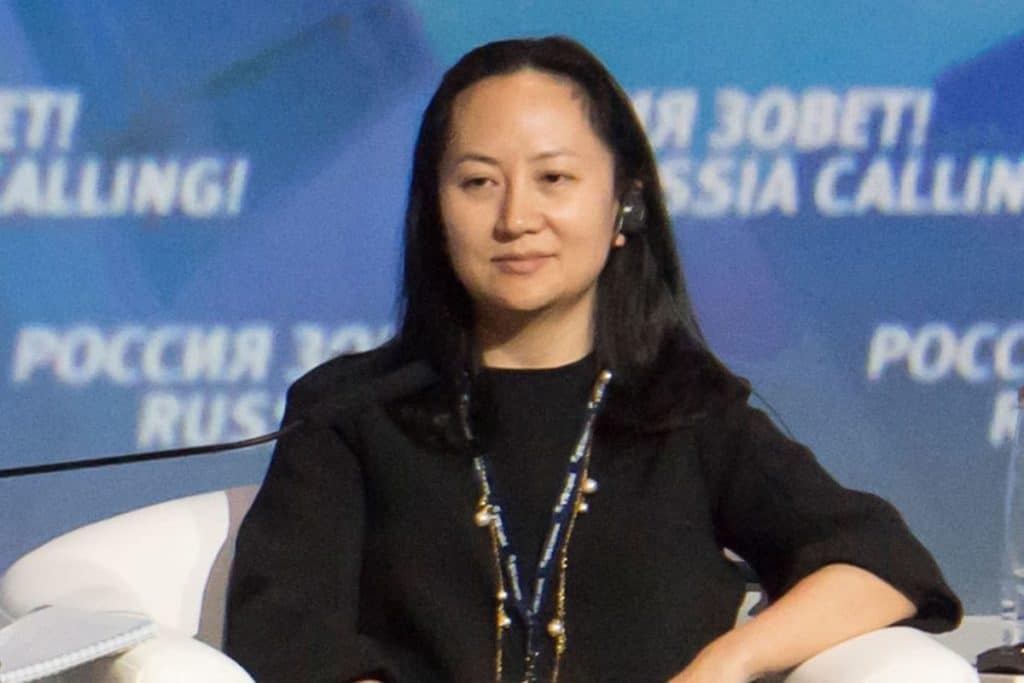 WASHINGTON, D.C.— The Committee on the Present Danger: China (CPDC) denounced a plea agreement reportedly being negotiated by the U.S. Justice Department that would result in the release by Canada of Meng Wanzhou, the Chief Financial Officer of Huawei and daughter of its founder, Ren Zhengfei. It would be a travesty if Meng were to be freed without being required to provide insights she would have into the workings, capabilities and plans of one of the Chinese Communist Party’s most dangerous companies—to say nothing of going unpunished for her role in crimes harmful to U.S. national security

To the Canadian authorities’ credit, they arrested Meng in 2018 in Vancouver on a U.S. warrant in connection with Huawei’s alleged violation of American sanctions on Iran. She has been fighting extradition to the United States ever since.

According to the December 3 Wall Street Journal, the negotiations are pursuing a “deferred prosecution agreement” with the Justice Department. It would permit Meng to admit to some of the fraud and conspiracy charges related to the alleged violations by Huawei, and then return to China.

The Journal reported that both sides would like to reach an agreement before the putative imminent end of the Trump administration, but that Meng is balking at admitting to any wrongdoing.

The Committee on the Present Danger: China regards any such deal as wholly incompatible with the Justice Department’s duty to protect the national security from the Chinese Communist Party and its corporate fronts like Huawei. It strongly urges that Meng Wanzhou be extradited to the United States at the earliest possible time and be prosecuted to the fullest extent of the law.

The case for accepting nothing less has been powerfully underscored by an op-ed by Director of National Intelligence John Ratcliffe that also appeared in the Wall Street Journal on December 3. He declared:

The intelligence is clear: Beijing intends to dominate the U.S. and the rest of the planet economically, militarily and technologically. Many of China’s major public initiatives and prominent companies offer only a layer of camouflage to the activities of the Chinese Communist Party.

I call its approach of economic espionage “rob, replicate and replace.” China robs U.S. companies of their intellectual property, replicates the technology, and then replaces the U.S. firms in the global marketplace.

It is madness to be enabling such behavior by allowing someone who can shed light on China’s criminal activities to get off scot-free.

That bottom-line was further reinforced by a bipartisan statement endorsing DNI Ratcliffe’s assessment that was issued today by the Republican Acting Chairman of the Senate Intelligence Committee, Sen. Marco Rubio, and his Democratic Vice Chair, Sen. Mark Warner. It read as follows:

We agree with DNI Ratcliffe that China poses the greatest national security threat to the United States. Our intelligence is clear: the Chinese Communist Party will stop at nothing to exert its global dominance.

Beijing’s infiltration of U.S. society has been deliberate and insidious as they use every instrument of influence available to accelerate their rise at America’s expense.

Our democratic values are threatened by China’s attempts to supplant American leadership and remake the international community in their image. The Chinese Communist Party’s authoritarian leaders seek to threaten our free speech, politics, technology, economy, military, and even our drive to counter the COVID-19 pandemic.

Unfortunately, the United States’ challenge with China is not unique as Beijing seeks to infiltrate and subvert other nations around the world, including our allies.

This is our watershed moment and we must stand our ground. The United States must not and cannot accept Beijing’s quest to exert dominance, while dismissing international legal norms and committing egregious human rights abuses to further their goals.

We have made considerable progress in rebalancing the U.S.-China relationship and laying a clear marker for U.S. policy going forward, and we will not stand idly by as the Chinese Communist Party attempts to undermine our economic and national security.

The message to Beijing and the world is that China’s behavior will not be tolerated and will be contested by democratic values, in close partnership with our allies and partners. (Emphasis added.)

It is absolutely predictable that if the United States is seen by the Chinese Communist Party has having caved in to its pressure, “China’s behavior” will only become more dangerously aggressive and more severely “undermine our economic and national security.” That must not be allowed to happen.