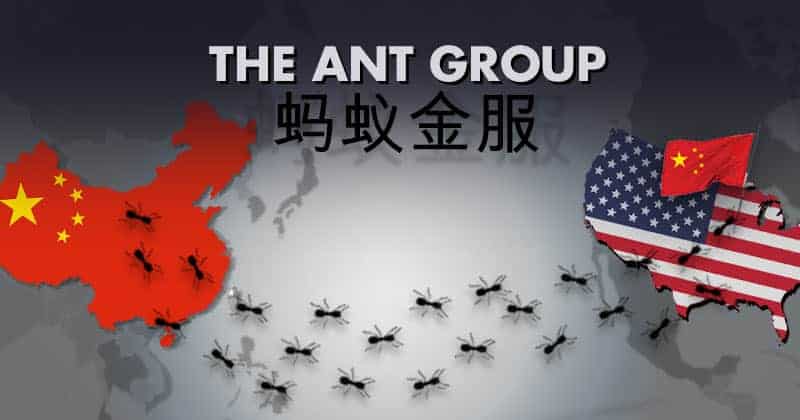 The open letter cites three illustrative examples of such problematic companies tied to the Chinese Communist Party (CCP): Ant Technology Group, China National Chemical Corporation and the China Three Gorges Corporation. The CPDC has previously raised an alarm about each of these enterprises (see here and here) and their efforts to raise billions of dollars, either directly from U.S. exchanges or – as former House Speaker Newt Gingrich put it in a recent Newsweek column – via “backdoor” means (i.e., so-called A shares that are included in indexes, exchange-traded funds or over the counter transactions).

The signatories urged President Trump and his administration to take the following actions:

“We recommend that Chinese companies placed on the Commerce Department’s Entity List and/or the Pentagon list of PLA-affiliated companies immediately be de-registered from U.S. exchanges and stripped from all indexes and Exchange-Traded Funds (the latter is the principal vehicle Wall Street employs to place so-called Chinese “A” shares into the investment portfolios of many millions of unsuspecting Americans).  In addition, you should prohibit the issuance by such entities of dollar-denominated bonds or the holding of such Chinese corporate bonds by any American individual or institutional investor.”

The letter concludes with a recommendation for how U.S. investors can deploy their assets far more safely and constructively: “We…urge you to act to encourage Wall Street financiers and the Americans whose funds they manage to invest patriotically – and not in ways sure to enrich, empower and embolden our enemy, the Chinese Communist Party.”

As it happens, representatives of the peoples of Southern Mongolia, Tibet and East Turkistan whose countries have been reduced to enslaved Captive Nations after their invasion and brutal occupation by the CCP, have recently endorsed the thrust of the CPDC’s open letter and an important effort aligned with its recommendations: www.DivestChinaNow.com. The Committee and the Captive Nations Coalition will be co-sponsoring a webinar focusing on the threat posed by Xi Jinping’s neo-imperial “Belt and Road Initiative” entitled “The CCP’s Captive Nations – Actual and Prospective” at 6:00 p.m. ET on October 27, 2020. (See www.PresentDangerChina.org for details.)

Just as the CPDC-sponsored open letter was being sent, the Committee learned the welcome news that the Department of State has initiated the process of having Ant Technology Group added to the Commerce Department’s Entity List. The fact that the other two corporations are already on the Pentagon’s list of “Communist Chinese military companies” should mean that all three of these enterprises and others similarly designated should be denied the opportunity to raise funds on our capital markets, either by being registered on them or via even less transparent, backdoor means.