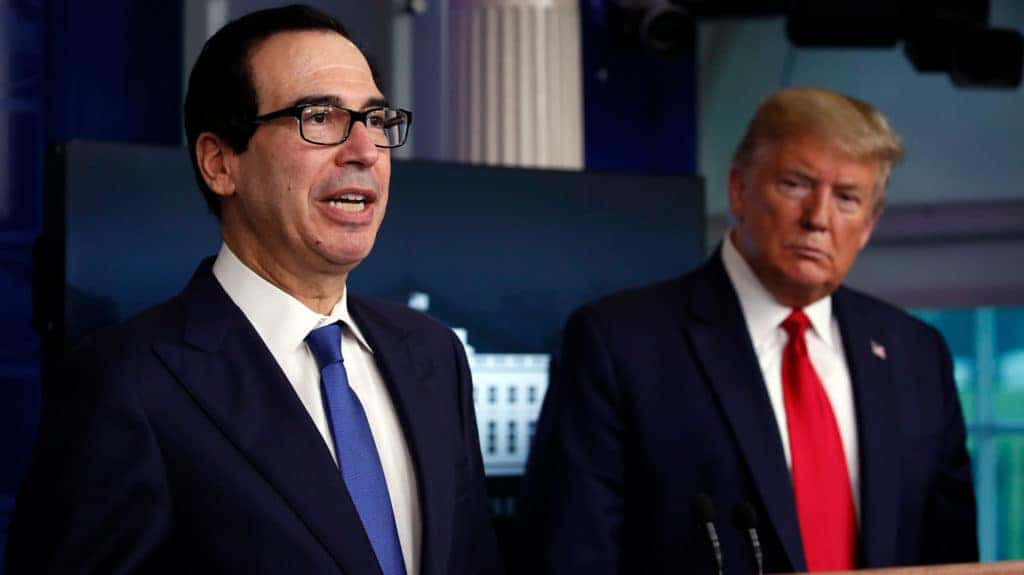 WASHINGTON, D.C.— A White House Cabinet meeting on Monday, December 21, 2020 resulted in a strong affirmation of President Trump’s November 12, 2020 “Executive Order on Addressing the Threat from Securities Investments that Finance Communist Chinese Military Companies” – and a rejection of efforts led by Treasury Secretary Steven Mnuchin to narrow, dilute or otherwise eviscerate its capital markets sanctions — the first of their kind in American history. This unqualified victory was formalized with the Treasury Department’s publication of “Frequently Asked Questions” on its website late on December 28th, a document designed to interpret the E.O.’s key provisions for Wall Street players and the general public.

The Mnuchin gambit would have enabled – among other concessions to his past (and future) Wall Street colleagues – index funds (notably, Exchange-Traded Funds or ETFs) – to continue to invest the hard-earned retirement and investment dollars of scores of millions of average American investors in People’s Liberation Army-tied corporations that the Pentagon has identified as “Communist Chinese military companies.” Treasury also tried to exclude altogether from the Executive Order’s restrictions the subsidiaries of these malevolent Chinese enterprises, an absurd proposition on its face.

So blatant was the Mnuchin effort to undermine the President’s Executive Order 13959 that the Financial Times, Reuters, The Epoque Times and other major media outlets have described this policy clash between the U.S. security community and Treasury and the former’s decisive victory in similar terms to those described above, belying predictable attempts by Treasury and other Executive Branch agencies to paper-over what was, in fact, a prolonged and sometimes bitter struggle.

The effectiveness of this presidential order has already borne fruit as some of those covered by this directive, including MSCI and FTSE Russell, have wisely begun to divest such stocks – which will be a legal requirement by the deadline of November 11, 2021. No new purchases of the equities or bonds of these Pentagon-listed companies will be permitted after 9:30 a.m. ET on January 11, 2021.

Unfortunately, a number of others — including index providers, ETF managers, mutual funds, ADR holders and state public employee retirement systems – have held off on taking any action to comply with the Executive Order. Presumably, they did so in the expectation that Secretary Mnuchin would be able to accomplish what he has repeatedly done previously – i.e., ride to the rescue of  “Beijing’s Bankers” and their client, the CCP, by opposing, slow-rolling or otherwise obstructing President Trump’s bids to counter the mounting Chinese threat, which has been fueled by unfettered access to the U.S. capital markets.

With the affirmation of Executive Order 13959, and the formal rejection of this cynical sabotage strategy toward the President who issued it, a powerful message has now been sent to China’s “old friends” on Wall Street: Divest Chinese corporate bad actors now — or risk the loss of share value, corporate reputation – or worse – for violating what amounts to the most powerful new, non-military policy tool available to the United States for sanctioning malevolent Chinese companies, their subsidiaries and CCP backers.

In response to this triumph for national security-mindedness, the Committee on the Present Danger: China’s Chairman Brian T. Kennedy declared:

“President Trump has joined his predecessor, Ronald Reagan, as one of the great champions of liberty, a Commander-in-Chief willing to use American power creatively and decisively to counter existential threats to freedom. His steadfastness of purpose in the face of often fierce opposition at home and abroad offers hope to millions of people around the world. The Committee salutes Mr. Trump’s courage and leadership, and the inspiration it provides to freedom-fighters everywhere.”