The White House Delivers a Financial Blow to China 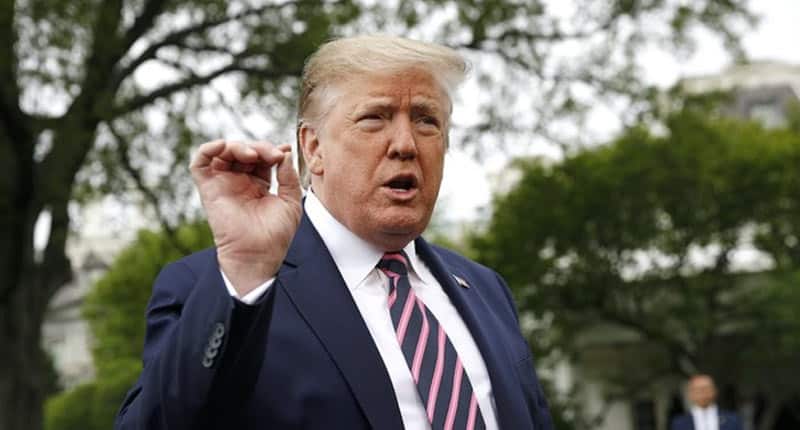 “It has come to our attention that billions of dollars from our federal employees’ retirement funds in the Thrift Savings Plan (TSP) will soon be invested in Chinese companies. This action would expose the retirement funds to significant and unnecessary economic risk, and it would channel federal employees’ money to companies that present significant national security and humanitarian concerns because they operate in violation of U.S. sanction laws and assist the Chinese Government’s efforts to build its military and oppress religious minorities,” the pair wrote.

The letter references the Chinese Communist Party’s culpability in the spread of the Wuhan coronavirus as a reason to keep funds from being sent overseas.

“Investing in certain Chinese equities based on the [International Stock Investment Fund] poses a significant investment risks, which are likely only to increase as China’s share of emerging-market investment indexes increase in future years,” the letter stated.

The duo reminded the labor secretary that Chinese companies have “cost investors billions of dollars” over the last few years and the regime “prevents any company with Chinese operations listed on U.S. exchanges from complying with applicable U.S. security law,” which leaves investors unprotected.

“In addition to these uncertainties surrounding the financial reporting of these companies, some of the Chinese companies themselves present significant national security and humanitarian concerns for the United States, which increases the risk that they could be subject to sanctions, public protests, trade restrictions, boycotts and other punitive measures that jeopardize their business and profitability,” the pair said.

Companies that are targeted by this change include those who produce military aircraft and telecommunication support for the regime and companies that manufacturer surveillance equipment used to oppress religious minorities or do business with Iran and North Korea.

“The Chinese Government concealed critical information from the United States and the rest of the world regarding COVID-19 and exacerbated the ensuing global pandemic,” the letter stated.

Labor Secretary Scalia then wrote his own letter to Federal Retirement Thrift Investment Board Chairman Michael Kennedy including the letter he received from Kudlow and O’Brien, stating the two had “grave concerns with the planned investment on grounds of both investment risk and national security.”

An initiative aimed at clarifying the stark differences between the tyranny that is the inevitable result of Marxist revolutions and the liberties guaranteed in the United States’ constitutional Republic.