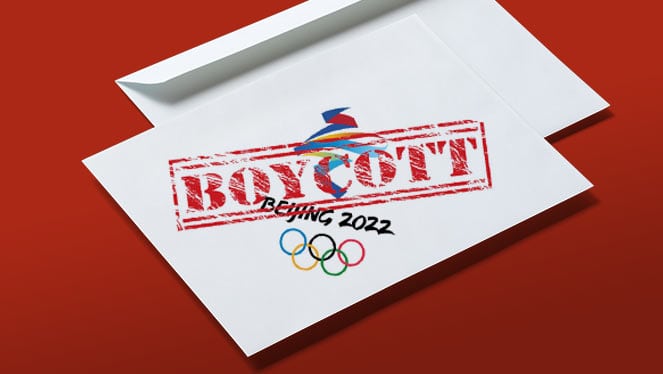 WASHINGTON, D.C.— On April 15th, over 100 individuals associated with national security, human rights and faith organizations signed an open letter to the leadership of the U.S. Olympic Committee (USOC) urging it to press for the 2022 Winter Games to be held in a venue other than Beijing, China in light of the Chinese Communist Party’s ongoing genocide and other crimes against humanity. The signatories asked for a response within ten days and declared their intention, in the absence of a favorable one, to press for a boycott of the CCP’s “Genocide Games,” in favor of Freedom Olympics elsewhere.

Regrettably, no response has been forthcoming from the U.S. Olympic Committee. Consequently, today lead sponsors of this initiative – Brian T. Kennedy, Chairman of the Committee on the Present Danger: China, and Reggie Littlejohn, President of Women’s Rights Without Frontiers – wrote another letter to USOC’s Chairman Suzanne Lyons advising her:

“We will be using every available vehicle, including a public protest in Colorado Springs on May 29th, to urge the American people, policymakers, athletes and sponsors to refuse to legitimate the Chinese perpetrators of deadly oppression of ethnic minorities including Uyghur Muslims, involuntary organ harvesting, industrial-scale forced abortions and sterilizations, toxic pollution and other monstrous crimes itemized in our previous letter.”

The signatories of the open letter asked pointed questions that still demand answers from the U.S. Olympic Committee, including:

The open letter’s signatories reiterate their call for the U.S. Olympic Committee to join them in opposing Beijing’s “Genocide Games” and enabling America’s Olympians and others who love freedom to compete next winter where it is protected, not brutally crushed.