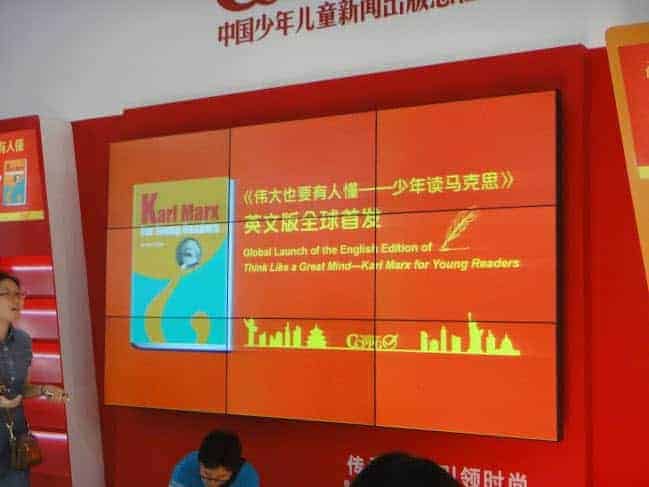 The Erikson Institute – one of America’s premier graduate schools training teachers and influencing classroom curricula – is engaged in a “long-term cooperative relationship” with a Chinese Communist Party group overseeing the regime’s Communist Youth League and publishing books including “nursery rhymes embodying the core values of socialism” and magazines praising Xi Jinping and Karl Marx, The National Pulse can reveal.

The Erikson Institute offers academic programs and degrees for educators and social workers and notes “individuals who influence early childhood policy and create programs for children and families, including government officials, program administrators, advocates, and grant foundation officers” rely on the group’s research.

In 2017, however, the Erikson Institute signed a partnership with the China Children’s Press & Publication Group (CCPPG).

CCPPG publishes the official magazine of the Young Pioneers of China, a branch of the Central Committee of the Communist Youth League.

The communist rag’s mission statement instructs readers to “Serve the Young Pioneers organization, meet the needs of team cadres” and develop an “active grassroots level.” The publishing house also runs the Young Pioneers of China central news website in addition to over a dozen other Chinese Communist Party-run newspapers and magazines for children such as China Youth Daily.

Additionally, CCPPG has published “Think Like A Great Mind – Karl Marx For Young Readers,” which carries out the government-stipulated goal of “disseminating and upholding the doctrines of Marx, Lenin, Mao, and Deng.” The publishing house also distributes “100 Core Values ​​Nursery Rhyme,” which describes itself as “a collection of inspirational nursery rhymes embodying the core values ​​of socialism.”

CCPPG has also pushed the book “Reading Marx As A Teenager,” whose promo describes Marxism as “lively and delightful; like the spring breeze and rain, it will bring all living beings and make people reborn” and contains chapters such as “Why is the Soviet version of socialism unsuccessful, and Western capitalism is also unsuccessful?”

“The reason why our voice has no charisma and our team has no fighting capacity is because we will not think and fight like Marx,” an editor’s recommendation reads.

CCPPG has published parenting books consisting of essays from the Beijing Youth Daily newspaper – the official paper of the city’s Communist Youth League. Additionally, the publishing house is responsible for disseminating “Storytelling by Xi Jinping,” a book whose summary promotes the Chinese Communist Party leader’s stories to “establish a correct world outlook” in children:

This book is based on the content of “Xi Jinping Tells Stories” and selects 47 stories based on the characteristics of children. The content of this book is specific and vivid, popular and profound. It is an excellent reading material to help the majority of children to build cultural self-confidence, strengthen self-identity, establish a correct world outlook, outlook on life and values, and buckle the first button of life.

Throughout the history of mankind, those who have achieved success must have high morale. Marx wrote “Das Kapital” during the poverty and downfall of his life. He wrote in a letter to Engels in February 1852: “In one week, I have reached a very happy point: because my coat entered the pawnshop, I can’t go out anymore, and because I won’t be allowed to pay, I can’t eat meat anymore. “Even so, Marx did not give in and did not stop working. It is the integrity of the proletarian revolutionaries who are not afraid of hardships and hardships, and only for the truth of ism.

The Erikson Institute has also sent educators to China to attend the education conferences sponsored by the state-run East China Normal University.

While collaborating with the Chinese Communist Party, the Chicago-based center has doubled down on its “commitment” to social justice teachings in its resources, promising to “dismantle the structures of institutional and systemic racism” with its resources.

Read more at The National Pulse